Georgie Leckey launched Heatherly Design Bedheads in 2008. Since then she has quickly earned a reputation as Australia’s undisputed ‘bedhead queen’. 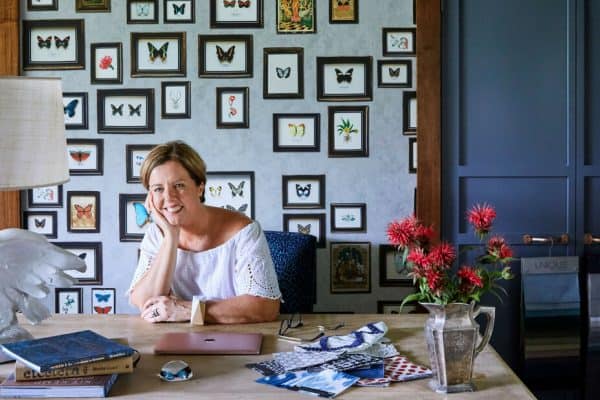 The title took on a whole new meaning earlier last year when she worked with interior designers for Admiralty House – the Governor General’s official residence in Sydney – to custom design stately bedheads and valances for the home’s four main guest bedrooms, including the bedroom where Harry and Meghan slept during their royal stay.

Georgie’s bespoke bedroom designs can be found in some of the country’s most stylish homes, including media personality Lisa Wilkinson, homemaker and stylist Chyka Keebaugh, and stylish influencers, Rebecca Judd and Jono Fleming.

Named after her family’s farming property, where the design office is located 50 minutes drive north of the Yarra Valley in Victoria, every Heatherly Design piece is custom made to order and hand crafted by a talented team of upholsterers at the Heatherly Design workshop in the eastern suburbs of Melbourne. 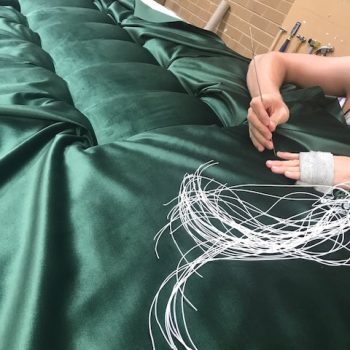 Still proudly Australian owned, designed and made, the range today has expanded to not only include stunning bedheads but also fully upholstered beds (including a storage option), footstools, blanket boxes and side tables for the discerning interior designer and home decorator.

After the success of opening a showroom in Melbourne, a Flagship Showroom was launched in Paddington, Sydney in 2016. An extensive fabric range has been carefully collated to complement our bespoke collection and can be viewed at either of our showrooms. 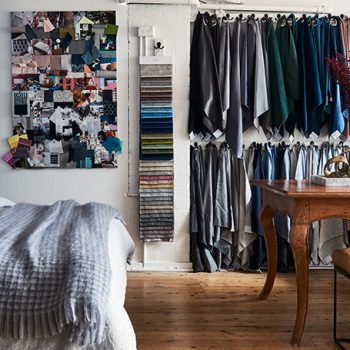 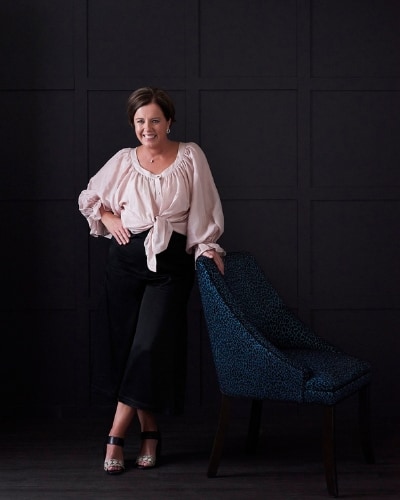 With a wealth of experience amongst our team and a commitment to creating the finest locally made bedroom furniture, we look forward to helping you too complete your bedroom with that special bespoke piece/s that is designed to last a lifetime not just a season.

What bedhead does Georgie have in her own bedroom? The timeless and beautiful Giselle. 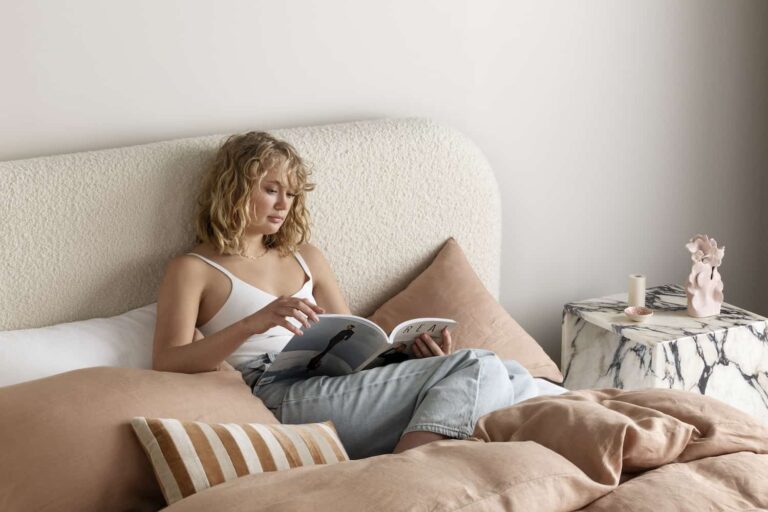